It is interesting that the last posts I made were on Transitions. It has been quite a while since I posted something around here, and to be honest, It feels weird. I miss writing. I miss picking my own mind and reflecting on my own life and airing the outcomes right here on this blog.
I have been down with a bout of sickness, however, I am getting better now. I spoke of Ideas some time back. A major Idea hit me about a month back, and I took it and started running with it. I tell you it is awesome. I will be sharing it right here and requesting your feedback on it. It is something I am passionate about, and that is Mentoring. 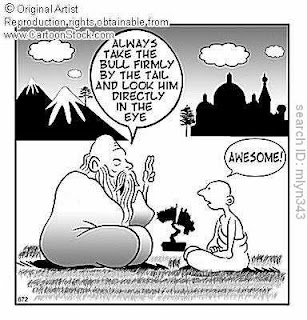 Mentoring at the family level. Come to think of it….is this being done consciously these days? I have thought of commissioning a study by Synnovate to really find out if this is being done. That is another Idea that I am not letting go. However, I have a hunch that not very many people mentor their kids, specifically for greatness, success, significance and wealth. We have kind of relegated that responsibility to the traditional school system…or rather, we have abdicated that responsibility to them.
I would really like to know from you what you think about this. Do you mentor your children? Were you mentored by your parent/guardian as a child? Am not talking about being disciplined and corrected. I am talking about being ‘prepared in your psyche’ as a great, successful, and significant part of the human race. Did that take place? How was it? If it did not take place…what are you going to do about it? Are you going to mentor your children? How do you plan to do that?
Anyway, in a nutshell, mentoring is the legendary ‘blessing’ that a parent bestows to his/her child. It is like being allowed, being given the permission to be great, to be successful, to be significant and to be wealthy. Many people kill for the blessing….Esau in the Bible was cheated on it and he wanted to kill for it. He literally wept for it. Mentoring is having this attitude of not what your child is, but what your child could be. Imagine a child hearing this from his dad every other day: You are a champion son, there is greatness in the inside of you, you are here in this world to cause ripples and stir up positive change. Can you imagine the effect of this ‘permission’?
Remember, the power of life and death, is in the tongue, and train up a child in the way that he should go, and when he grows up he will never depart from it!
See you soon.

To Your Success and Prosperity….