5 Benefits of Living Your Life on the Edge

Why Vision? Why Purpose?

5 Benefits of Living Your Life on the Edge 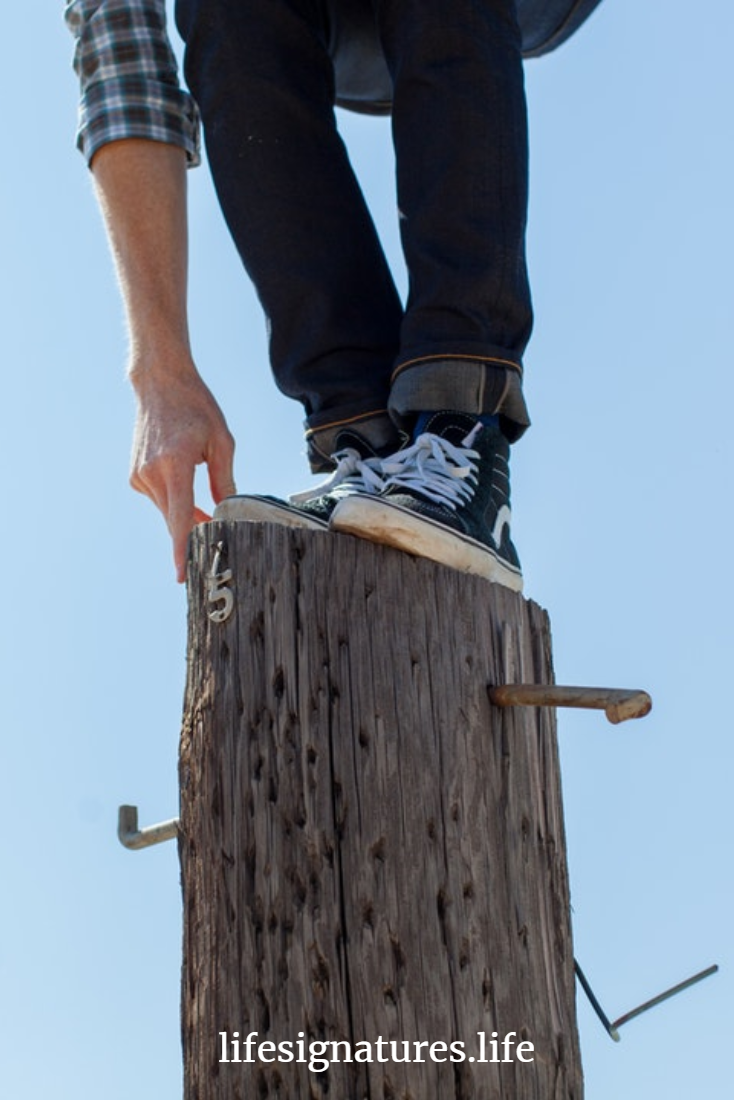 Generally, I am a very calm guy. I have a phobia for conflict and confrontation. Some would say that that is strength…but really is it?

I abhor the awkwardness that confrontations bring. It is like I don’t like to upset people. Therefore, I end up ‘maintaining the peace’ rather than ‘facing off’.

Recently, I was engaged in a full blown confrontation that was unprecedented. Needless to say, it was ugly. The peace I had been trying to foster was no longer a factor. I was on the Edge. This confrontation would have dire consequences if left to simmer…and that is what people don’t like: consequences of living on the edge.

I had been ordered by the doctor to get some bed rest the past week and so I spent the majority of my time watching Christian TV (Daystar). On this particular week, there is a program called Joni Table talk where Joni Lamb was focusing on Pornography. She interviewed big names in Christian Ministry who struggled with the vice and overcame it.

One pastor said that when he come out clean and was arrested, he was so liberated that he said, “It’s now over, what a relief!” He chose to live on the edge rather than engage the vice in a cold war!

What I am saying is that it is so easy to fool yourself about a prevailing environment of peace, not wanting to cause ripples yet fostering a silent cold war.

The same applies with our quest for success and significance. The most successful of us are those that are constantly exploiting opportunities. They risk frequently. They take action consistently and often. They basically live on ‘the edge’. That does not mean that they do things that harm others, engage in shortcuts and other ‘get there fast, quick and rich’. It does not mean that they are breaking the law. It only means that they are daring enough to take a leap!

The most successful of us are those that are constantly exploiting opportunities. They risk frequently. They take action consistently and often. They basically live on ‘the edge’.

The more I protect my comfort zone and engage scarcity, lack, poverty and struggle in a cold war, the more I foster these ugly purpose busters to unimaginable levels.

What do I mean when I talk about a cold war?

I would remain a calm guy yes, but I can also tell you that I would not succeed in my calling and purpose. We ought to be radical about where we are going with our hearts desires, our calling and purpose in life. That only will do it.

Standing up to Passivity

We can no longer be passive and let life dictate which direction we will take. Not any more. How long have you lived in a cold war with failure, debt, second rate living? How long are you willing to take it? [ictt-tweet-inline]Would you rather be cool, calm and collected and dissatisfied with life than be radical,[/ictt-tweet-inline] risking what you ‘already have’ to get what you must get?

The following are five reasons as to why we need to live our lives Fully on the Edge.

1. A Heightened State of Alertness:

I can tell you right now that the biggest robber of opportunities is not lack.

[ictt-tweet-inline]The biggest robber of opportunities the world over is fear.[/ictt-tweet-inline] What fear does is to keep people in their comfort zones, protecting their little turfs. They never want to venture out unless they are sure…

What fear does is to keep people in their comfort zones, protecting their little turfs. They never want to venture out unless they are sure…

4. Allows You to Know how the Worst could look like

Ever seen a person who has just been saved from death? For the most part, they are no longer afraid of it. They now know how the worst looks and feels like. The good part of living on the edge is that you can take yourself there…at the worst case scenario, rather than wait for it to come to you and overwhelm you. Knowing how it looks and feels like helps you to ‘go out’ more than ‘stay in’.

Question: When can you say is the last time you lived on the edge? What did you do and how did it benefit you?