12 Life Lessons From “The Unsinkable Titanic”

12 Life Lessons From “The Unsinkable Titanic”

A Titanic crewman made the comment to passenger Sylvia Caldwell before she and her husband boarded the Titanic. Sylvia Caldwell had asked a porter if the ship was really unsinkable. He said something like “Yes madam, God Himself could not sink this ship.”

It is nearly 120 years since the Titanic sank on her maiden voyage on April 15th 1912. Perhaps the tragedy is the most pronounced in history. Look at this irony: The ship cost USD 7.5 Million to construct (that is an equivalent today of USD 400 Million). It took over 3 years to construct the ship (from the time of laying it down). Yet the ship was in service for only 4 days! What a crazy irony! The Titanic was the toast of technology at that time, the most luxurious ship ever constructed and if it was in our day, it would be a coveted thing to be on its cruise.

Over 1,500 people died in the tragedy that befell the Titanic on the night of April 15th 1912. On board were more than 2200 people and the crew of more than 800. Only less than 705 souls were saved that fateful night!

Today, there is pretty much we can learn from what happened to that ship.

Fact: The Titanic was only equipped with 22 life boats, enough to save only about 1100 souls. Yet the ship had capacity to load 64 life boats that would comfortably accommodate 3000 people

A lifeboat provides an escape in case your “main ship” is sinking. Today, having contingency in anything is a must. When you approach a financial planner for advice, the first thing they would ask you to do is to write a last will and testament. This is supposed to stir you into action to start thinking about the safety of those left behind if something were to happen to you. Insurance is key. For health, education, life and any other thing. However, the most important thing in life is a soul. It also needs insurance. Go get it.

2. Consume Your Own Products

Fact: Aboard that ship was its architect and builder, Thomas Andrew. He died in the disaster. 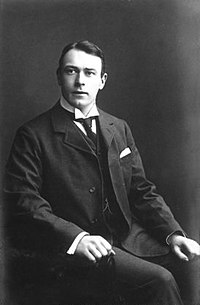 Quality assurance would be great if we were the first ones to consume our own products. If I had a startup that created a social media platform for example, it would be foolhardy not to find me consuming that product. It is foolhardy for a Pepsi executive to be seen getting refreshed by a Coca-cola.

One of my all time favorite stories is that of a young salesman aboard a train trying so hard to sell fruits (let’s call them apples). He moves from car to car in the train and not a single one individual is bothered. Finally, a veteran salesman on board calls the young man and gives him invaluable advice. He tells him to “stop selling”, but position himself prominently at the front of the car where everybody could see him. He then asked this boy to select the biggest, most juiciest apple from the bunch. He asked him to proceed, and look at it longingly, swallow hard with some bit of lust and let people see his ‘Adam’s apple) move.

Then he asked the young man to bite lustfully into the apple and savor the feeling by closing his eyes, chewing it with satisfaction and let the juices roll down his mouth if needs be. That is exactly what the young man did, and before you know it, hands were going up in the car asking for apples.

If we want to build our economies in Africa it is time we started consuming what we created ourselves. Thomas Andrews built it, was certain that it was credible and could not sink and therefore boarded it. 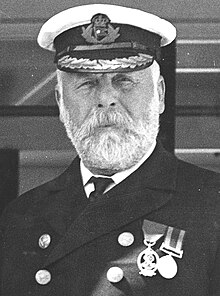 Fact: Edward John Smith was the Captain of the RMS Titanic. The ship sank with him on board, yet he had authority to “Save himself first”

Great leaders are always the last beneficiaries, not the first!

Their thoughts and efforts are not on saving their own skin, but on saving the people that are under their leadership. Oh what a quality that is so needed today! If only our politicians in Africa could be these kind of leaders! When we elect new Members of parliament, the very first order of business for them is usually to sort out their remunerations. Great leaders are always the last beneficiaries, not the first!

Fact: The Titanic sank after hitting an iceberg. The crew had received several warnings from other ships about this, but it looks like the warnings were not heeded.

In Strategic planning (whether for an individual life, family or organization), SWOT Analysis is always a mainstay tool. One of the most forgotten aspects of the SWOT is the “T” for threats. First, people do not really take time generating a list of their threats.

“It is the threats that bring us down, not really the lack of our strengths or the presence of our weaknesses”.

Second, when they do, they do not really follow up to do something about them. As a result, it is the threats that bring us down, not really the lack of our strengths or the presence of our weaknesses. People know they are supposed to file Tax returns for example…but they don’t. When the law catches up with them, it is always too late. So take heed. Same applies to medical checkups.

5. Be Alert and Ready to Help

This typifies society today. We are so secluded although we boast of “global village”. People do not even know their neighbor’s name in the next office cubicle! We are so individualistic! A suffering Christian goes for “fellowship” and nobody notices. We run through the motions of the program and go back to our seclusion! Oblivious that around us, people are dying. Others are depressed and oppressed. Girls are dropping out of school. People are starving. And all along we could have helped!! Let us be people, people!!

Fact: At that time, the RMS Titanic was indeed one of the safest ships ever built. It was one of the fastest, most luxurious and stable ships built by man. The technology deployed was so great that even as reports of its fate reached America, the Vice President of the company that built it said, “We place absolute confidence in the Titanic. We believe that the boat is unsinkable”

Technology is made by humans. It is for humans to use to enhance their life and solve problems. However, technology is not foolproof. We can never rule out other factors in life such as the weather (We have no control over this. It was moonless and windless that night, and the iceberg that the Titanic struck was blue in color). It is folly to put all our faith and trust in things and technology. Use technology but do not abdicate human vigilance.

Fact: More than two thirds of the crew (600/800) perished in the tragedy. They gave their lives to save as many people as they could. “It was devotion to duty that … kept Trimmer Hemming on board working at loading and lowering the boats long after his assigned lifeboat had gone; it kept [wireless operators] Phillips and Bride at the wireless even after Captain Smith released them; it kept Chief Engineer Bell and the rest of the engineering staff in the engine room even when they knew that it was far too late to reach the upper decks and get away; it kept [band leader] Wallace Hartley and the band playing until they were pitched into the sea.”

Isn’t that why we are human beings? The highest form and level of our existence is to sacrifice our time and convenience so that others who are in need and vulnerable could have a chance at life. This brings the highest high to our lives. It is the epitome of fulfillment.

Fact: The crew of the Titanic received more than 6 warning messages about the danger of icebergs that day. Those warnings were unheeded. They were told by the engineers that they could stock the ship with more life boats. The recommendation was overlooked.

We all know at times when things could go wrong. But at times we are comfortable with the status quo and keep going. At times we have false faith that things will turn out for the better. We ignore the unease in our stomach or our hearts. We keep going. We get married to him anyway. We rationalize. Then we hit rock bottom and crash later. The main reason for our crash? Failing to heed the obvious warning signs.

“If I could just have told her I am sorry”…”If he could just have done the medical checkup earlier…” These small things are always realized in terms of regrets. But small things that are ignored have the power to change great things. The ship that saved the 700 in the lifeboats was much smaller and less powerful ship as compared to the Californian. In the end, the small made the biggest difference. What small change can you make today?

10. Tragedy is the Seed for improvement

Fact: After the tragedy, the laws governing shipping were reviewed. Some of the best industry standards in shipping used today were created right after this tragedy happened.

Every setback we face in life is an opportunity to mount a comeback. Tim Storey says that a comeback is not necessarily a “go back”. I agree. This means that you learn from where you failed. You change what messed you up. You upgrade…but you keep moving. Hundreds of thousands of people have boarded cruise ships ever since this disaster.

Fact: Men of low born and highborn, the young, old, rich and poor, all of them perished on the same day.

The thing with death is that it meets you anywhere anytime. You just have to be prepared for it…like yesterday. If not, then make preparations TODAY!