The Case For Purpose in Leadership

The 5 Signs That You Own Your Purpose

The Case For Purpose in Leadership 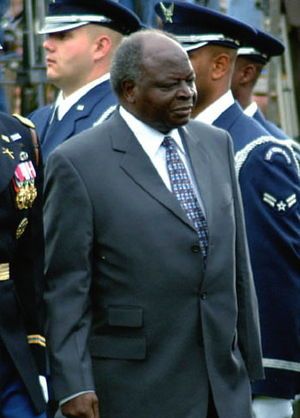 there any leader who lacks purpose? That is an open-ended question that will invoke debates upon debates. People will talk about positional leaders who demand respect and obeisance. For such leaders, purpose is nowhere near their make-up. Their leadership is myopic and selfish.

Others will talk about leaders who inherited the mantle either from the family echelons or from a succession mechanism. Leadership inheritance does not presuppose that purpose is inherent and has also been transferred to the new leader together with the instruments of power.

Let me say that

the origin of leadership has to be purpose

Click To Tweet
When there is no purpose in anyone’s leadership, then there will be chaos. The people being lead will feel it, the person leading will also know. By the way, when I talk about purpose in leadership, I am not necessarily talking about the vision of the entity that a leader presides over.

I am talking about a leader having in their DNA if you will, the sense that this leadership is something greater than themselves. It is not for them; rather, it is for the benefit of others. You see, it is possible for a leader to be fully aware of a vision that they are supposed to serve and even to be subservient to it.

However, that awareness does not equate to purpose. A leader with a purpose DNA realizes that what they are taking over is something noble, that their responsibility is not a career, a job, a position, not an ethnic placeholder to power, and so on.

A leader of purpose trembles at the very noble responsibility knowing that it is a calling.

Any form of leadership that is not a calling will end up hurting people. Take a look at some of our leaders around the continent in Africa. Can we say that they are purpose-filled leaders? Think about that for a moment. I put to us that if we did have purpose filled leaders, those with a mighty sense of responsibility and calling, our societies would not be at the same levels that they are at today.

The one person that to me, exemplified the true character of purpose leadership is Mwai Kibaki, the 3rd President of Kenya.

A few days ago, as I was thinking of writing this, one figurehead of leadership was the 4th Kenyan President, Uhuru Kenyatta.

If you are a Kenyan and someone asked you if your President is a president of purpose, would you answer in the affirmative?

You see, by 1997, Uhuru Kenyatta wanted nothing to do with politics, let alone being a president. It is written that the 2nd President of Kenya literally bulldozed Mr. Kenyatta into a leadership role that he was neither prepared for nor did he have passion for it.

In some instances, Mr. Kenyatta when subjected to pressure by Kenyans concerning the runaway levels of grand corruption under his administration quipped, “What do you want me to do?” Now, whether Mr. Kenyatta is a purpose-driven leader or not is not for me to say, the jury is still out there.

The interesting thing about purpose leaders is that you will know for sure. You will see their passion, their hard work, their devotion, their consistency, their ruthlessness, their fruits of leadership, their level of unction, and anchor in what they believe in.

There might be very many examples of such leaders the world over, but you will easily overlook one in your own house—your mother. A true purpose-driven leader has the quality of a mother for she knows that under her tutelage is something greater than herself—raising another human being.

The Mess With Covid19

When Covid19 hit the nations, purpose-driven leaders rose up, but at the same time, impostors of leadership were revealed. How do you know someone is an impostor in leadership? They are disorganized. They care less about the people. They cushion themselves first. They do not feel the pain of those they are leading etc.

A purpose-driven leader will have their own mode of deployment of purpose. Some will be dictatorial, some will be authoritative, coaching, etc, but their style of leadership will always be answering to the level of purpose they have.

The following are some elements that will let you know that you are being led by a purpose-driven leader.

We always are told to compare Singapore and some East African countries. In 1960, it is said that these countries were at par with Singapore, which is Kenya and Uganda. Less that 50 years later, Singapore had been transformed into a first world country while Kenya and Uganda can only dream about it—I mean, it is not even in sight!

2. They Are Sold out To Change

Again, that’s exactly what happened in Singapore. Purpose leadership is so progressive that they cannot fathom to stay in one place. Again, the issue about purpose is that it grows and matures. Let me ask you a question. What are the most common grounds for agitation of change of governments in Africa? It is not just changing in leadership, but change itself. Purpose leadership will deliver that change.

Sadly the opposite is true and it is the most common in Africa. We have leaders who cannot boast of any development but they are shameless enough to keep seeking a leadership position. They lack purpose just like the desert lacks water!

A true leader filled with purpose does not think of himself. They think of others. In fact, the welfare of others is the true anchor of their leadership call. That means that this kind of leader is so passionate about the well being of those he leads. He is so filled with care and compassion, wanting to see them grow and mature. Sadly, we have a succession of the so-called leaders who are only thinking of themselves.

The grounds that expose the vilest of impostors in leadership is politics.

Click To Tweet
The games politicians play are never to the benefit of others. They have no tinge of purpose in them whatsoever. For example in Kenya, there is no element of purpose leadership whatsoever, in the ejecting of Majority Leader of the Senate as well as the Senate Deputy Speaker within a week! Pure selfishness.

In Kenya, there is no element of purpose leadership whatsoever, in the ejecting of Majority Leader of the Senate as well as the Senate Deputy Speaker within a week!

This has already been inferred. Simon Sinek penned a powerful book titled, “Leaders Eat Last”, I think. You know what that means. It means that the leader filled with purpose is so immersed in generating benefits for others that they do not consider themselves as beneficiaries of their leadership.

If anything, they feel that you can never pay them enough. Their greatest reward is in the change, the growth and the development that they have brought. Not their payment, salaries, and perks.

Every now and then in Kenya, Members of Parliament’s first agenda in the chambers after elections has always been to increase their perks. On this point alone, the whole political divide is united! God help us!