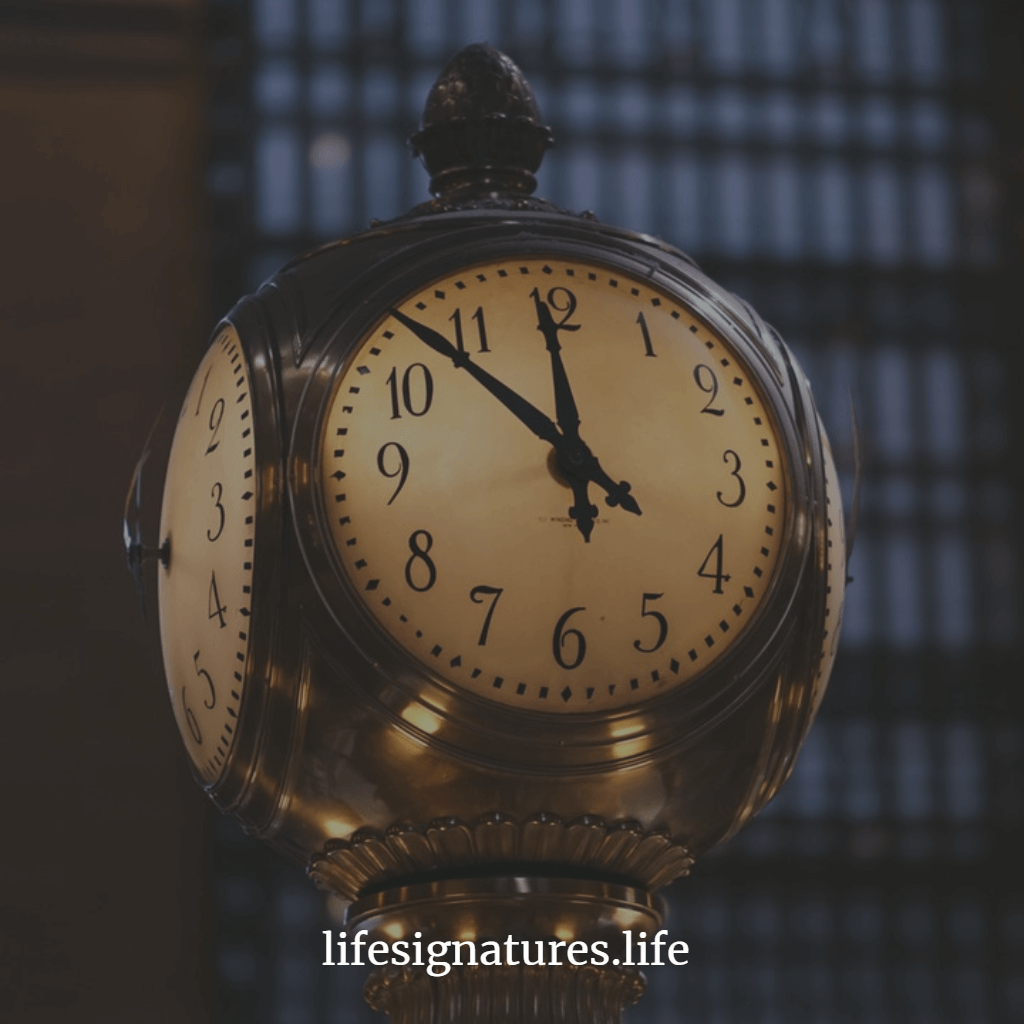 his is the paradox of preparation. When we think we have lots of time on our hands, we waste it in doing things that are not valuable. When the deadline is around the corner that is when we hunch in, dig in and burn the midnight oil, cruising on all cylinders in order to beat the deadline. You know what I am talking about.

Why I Got An Average Grade in High School

In 1996 second term, I was not studying. I was out there on a poetry club trip. For some reason, I just kept postponing my preparation for the final year exam—that very year. Would you believe it? I always knew that I would sit for my final exam all the way back in 1993. I was (still am) intelligent but that was not enough. I needed to apply myself, work, prepare myself thoroughly in order to pass that all important examination.  Immediately the bus brought us back to school, it dawned on me that I had lost all the time in the world. All the stressors went off. I got a skin rash. As I sat for my examination that year, I knew that my preparation for it was a joke.

It’s Common To All

Isn’t that situation common to all of us? There is an author with a long deadline. But now that the due date is way out there, he is not writing a thing. Wait until the day that he only has a month to deliver the manuscript. The most interesting thing though is that that moment of pressure has a way of pressing us into incredible creativity. In my book, “Turn Your Setbacks Into Major Comebacks”, I reminisce of a story told by Darren Hardy. A certain young man name Galois went head to head with a military man over a lady that they both fancied. Galois was challenged to a duel to the death—whoever won the duel would get the lady. Men will always be men. This is what happened:

Creativity at the Last Hour

Galois was right about his firearms abilities: He lost and died. But he was also right about many of his mathematics ideas. After Galois’ death, the notes he compiled on that one night—60 pages of them—were discovered and published. They led to a revolution in higher algebra and had far-reaching consequences in nearly all branches of mathematics. In other words, they rank among the most important ideas in the history of mathematics.

People often wonder what it takes to come up with a big idea.

The reality is your big idea is already inside you but below the surface of consciousness. Over many years, your brain has made billions of observations, collected vast data and built a multitude of key associations.

Our greatest challenge in life now is to push that last minute creativity that comes because we are under pressure into a daily thing. The challenge is to channel that creativity that is in our subconscious that is kicked into life when we are under pressure into daily routines of preparation. That would be the day that we would have uncovered a great deal of exploiting our potential.

The Benefits of Preparation

Come to think of it. What if we were as creative daily in our preparation as we are when we are up against a deadline? What would that do for our productivity? It would be wonders. Some people are waiting until they are up against the wall before they can prepare. But like someone said, by the time opportunity appears, preparation is on late! In other words, you have to be working on your preparation even before you have any hint that an opportunity will come. Here is what preparation does to your productivity.

Make no mistake about it: [ictt-tweet-inline]Excellence is a function of great preparation[/ictt-tweet-inline]. It takes 4 months for a single Rolls Royce to be manufactured. And when you see the finished product, it will most definitely take your breathe away. The fact of the matter is that a car can be manufactured in a day. As a matter of fact, Toyota manufactures over 14,000 cars in a single day. The excellence of a Rolls Royce as compared to a Toyota is heaven and earth. So gather yourself some time before the deadline is on hand and start preparations for your purpose deployment.

2. It Produces Confidence and Presence

People who walk around with an aura of presence and personal power are those who have used preparation to their advantage. They have built in hours upon hours of preparation. Take a case of public speaking. The person who started practicing daily at an earlier age stands a great chance even against a mightily gifted orator. [ictt-tweet-inline]It is not about the gift, it is about how it’s been refined and turned over and over in time.[/ictt-tweet-inline] Use preparation of your gift to build confidence and presence.

Preparation insinuates that you are doing something towards a particular goal by buying time ahead of the event. There is no better way of using your time than to prepare daily for something. Each waking day, ask yourself, “How are my preparations going to go today?” You ask, “Preparations for what?” For the deployment of your purpose of course.

4. It Helps You Cover All Angles

You need time to look things over. When we teach exemplary customer experience for example, we talk about “OK plus one”. Unfortunately, very many people just give an “OK” performance. Preparation though gives you the opportunity to think of one more thing that will show thoughtfulness and take someone’s breathe away. This happens when you have the time to look at all the angles. The earlier you start, the better the opportunity preparation gives you.

5. It Gives You Benefit of Experience

The earlier you get started with preparation, the more ample time you have to consult. Imagine if you are running on a deadline and you need input from a consultant, an expert or an authority? The very nature of your urgency will either cause you to be stressed or to be charged dearly. That seldom happens if you take this opportunity in stride.

6. It Gives Opportunity for More Information

Starting your preparations earlier gives you a chance to increase your productivity by gathering in more information. The more informed you are, the more able you are to give better productivity. In fact, with little information chances are that you would be stuck and not be productive.

7. It Helps You Build Yourself up

The more preparation you put into your work, the more knowledgeable you become. A man who has spent three years researching on a particular topic daily is bound to become an authority in that area. A man who has spent just a month in the same area cannot stand in the company of the one who took longer. The fact of life is that each waking day is a day of preparation. If we can come to that level where we are focused in our preparation we get built up. We go wrong though when we meddle in this and that spreading ourselves too thin.

To increase your productivity, preparation is a constant must. Keep at it.