The Greatest Question That Daily Builds Your Legacy

5 Types of Knowledge that are Critical For Any Success

The Greatest Ingredient For a Life of Legacy

The Greatest Question That Daily Builds Your Legacy

In July 2017, there was an artiste in Kenya who released a beautiful single. I would not have noticed this had it not been for one “critic” boldly proclaiming that the song was pathetic. I was intrigued but grateful that this critic had the courtesy of giving us a link to the song. You should have seen how my heart was warmed by the powerful message in that song. I wondered aloud why this critic and the litany of their followers were bashing the artiste and her song. I was infuriated.

For the record, no critic ever built a legacy in that craft. [ictt-tweet-inline]People are never fondly remembered of how bitter they criticized, but of how a fragrance they were to others.[/ictt-tweet-inline] In fact, there is this powerful quote:

“No statue was ever built for a critic”

Th Unfortunate Power of the Critic

The world is so full of them it pains. One thing about a critic is that they have no experience in building anything close to what they are criticizing. It pains. The painful thing though is that a critic has seen many a legacy tempered with because of their words and condemnation. I tell you, you can easily get bogged down by the opinions of critics that it cripples you. For the most part, your daily building of your legacy is an indictment to the critic that they have nothing to show of the life that God gave them. So they would rather pull you down to their level and trash your effort.

Effort is the Point

My friend, the key word here is effort. [ictt-tweet-inline]No legacy is built in a day. No legacy if built by perfect actions. [/ictt-tweet-inline]At times we have to fail forward in our bid to live out our legacies. The other interesting thing about a legacy is that it is not something that you can know today. You cannot know the extent of your legacy, how it will look like when you are gone. You cannot know that today. But you can build it. That is why every effort of today is as crucial as your very own life, regardless of what a lazy critic will say. That is why I keep writing. I couldn’t care less what a critic says, for I have learnt that the critic never really stops.

But I can tell you that each day I get better at my craft than when I first begun. Criticism has its place yes, but [ictt-tweet-inline]If you were to criticize someone, you had better criticize a tyrant, not someone who is putting in an effort in life![/ictt-tweet-inline]

That being said and now heaving a sigh of relief for getting it off my shoulders, let me move to the crux of this message. What is the one question that you can answer daily that will help you enhance your legacy? Earlier on, I also wrote this article to that effect, but it lacked the backup of today’s message.

The interesting thing is that we also have an “internal critic” that is always looking at the messes we make. That critic seldom takes a toll at what we might have accomplished. You can easily get bogged down by what you didn’t do and totally forget what you did in a day. Thankfully, there is a way to mitigate that. Here is the question you have to answer daily at the end of the day:

“What Good Have I Done Today?”

Jim Rohn, I believe is the man who said:

“A life not reviewed is not worth living”

This question puts you smack in the middle of the focus of creating a daily legacy. If you were to answer this question daily, there are some rules that I would advise you to use in order not to have a blank page. (Remember, the inner critic thoroughly puts down your efforts in a day, always wanting to celebrate the humongous achievements—which themselves take years to put together. It is therefore very easy to look down on your accomplishments for the day)

A legacy of necessity is something positive you will be remembered for. Very many people though think that a legacy is what is left behind by big shots such as Abraham Lincoln, Benjamin Franklin, Mother Teresa, Mahatma Gandhi, Nelson Mandela, King David, and so on. No, every human being was in fact created and equipped to live in order to leave a legacy behind. [ictt-tweet-inline]Society improves each generation through legacies.[/ictt-tweet-inline] So the following questions should help you daily:

Each day is an opportunity for growth. We can always daily get better and better. In fact, our growth is inherently connected to being a better person in society. The better a communicator I am, the better I serve the world. You get my point. The better the person you grow to be, the better you serve to leave a legacy.

Caring for others is important. Very many people are in need of that warm hug, that warm reassurance, that shoulder to lean on. Many people need kindness and compassion. If we make it our goal to surprise others with such random acts of kindness the world over, can you imagine how the world would be like?

This puts our talents, innovation, creativity and gifts into play. If I am a communicator, how was I a blessing to the world with that gift today? This can be done by just about anybody, including the guys who are calling themselves, “Jobless”

5. Did I FULLY USE MY TIME today as planned?

If the answer is yes to this question daily, you are well on your way. You will never really need to worry about how your legacy will look like. This question has it all covered, sealed, signed and delivered. It is that critical that each day you know how it will be spent. I wrote about that here.

You see, in the end, [ictt-tweet-inline]A legacy is simply a collection of consistent daily actions[/ictt-tweet-inline] related to the questions above. When you break it down this way, it sets your eyes off of the “legacy” itself and releases you to do what Brendon Burchard’s tag is :

That is how you build a legacy daily. 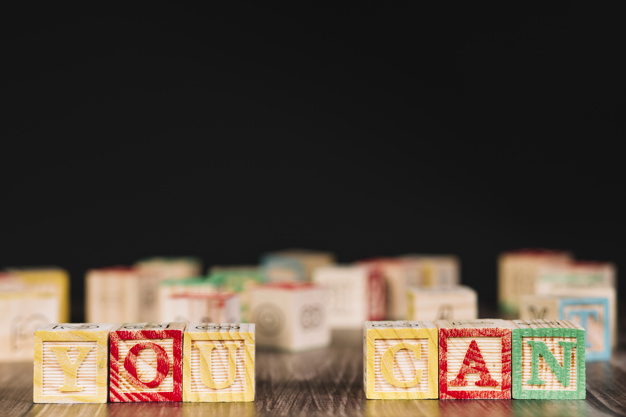